Archery is great fun and is also very addictive. This series of guides has been written to help teach you more about this incredible sport from hold a bow, shooting an arrow to the bows that would be most suitable for beginners. By the end of these guides you should have a good understanding of the basics of Archery.

Have you been struck by the archery arrow and wanting to learn more about this great sport? You have come to the right place! It can be really confusing to know where to start or even get to that next stage and knowing what kind of equipment you might need. This series of guides has been specifically written for those that are beginners in their archery journey.

So what exactly is Archery?

“Archery is a skill of using a bow to shoot arrows, and is now classified as a sport since it is mostly used in competitive sport or as a hobby. The word itself comes from the latin word Arcus. Originally archery was used as a form of combat or used for hunting.”

This might sound obvious but its good to understand where it has come from. 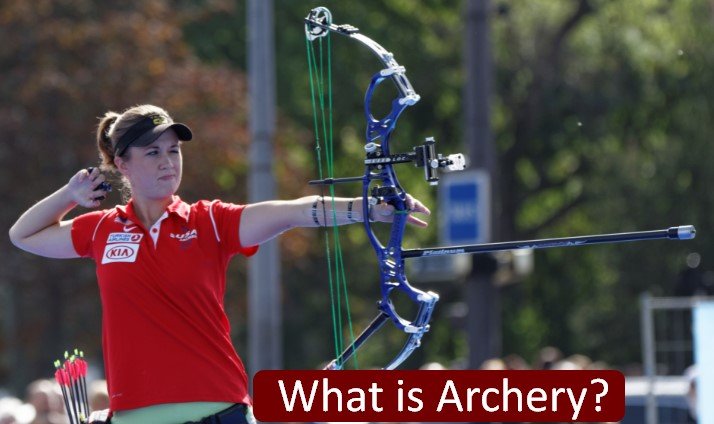 Over the years the art of archery has changed a lot and is no longer a form of combat. The decline of bows and arrows in combat would no doubt have coincided with the invention of guns. Now this skill is used mostly as a hobby and as a competitive sport.

In the 18th century archer went through a form of revival, with it becoming popular as a recreational activity. Many archery societies were set up throughout the country, each had a set of rules and wore outlandish costumes.

They had unusual names such as Finsbury Archers and the Ancient Society of Kilwinning Archers. Interesting one of the oldest sporting bodies was formed in 1676 and that was the Royal Company of Archers.

Archery became a form of entertainment and was often found at events, ceremonies and this also formed archery competitions. This would have been the early version of Archer Clubs that you can now find spread out across the country.

Archery As A Sport

People had tried to make Archery a sport in the past but it was not until the 1840’s that the 2nd attempt to make it a sport was made. The Grand National Archery Society governs the archery sport within the United Kingdom. They met in 1844 for the first time in York and created a standard set of rules known as the “York Round”. This is when you have to fire a set of arrows at distances of 60,80 and 100 yards.

The sport of archery did decline in the 19th century because of other sports such as Tennis becoming more popular. It was then revived in the United States in the early 20th century.

Engineers in the 1920’s started to experiment with bows and soon invented the well-known recurve and compound bows. Archery as we know it now were revived in the 1980’s and much of that is because of the work done by Bow Hunter and manufacturer Fred Bear.

Now there are two forms of competitive archery, target archery and field archery. Both of which require the people competing to hit targets at different lengths.

Many people do still hunt wild game with bows and arrows and this is known as bow hunting. The hunter needs to be more strategic and have a degree of stealth as they need to get closer to their prey in order to shoot their arrow. The most common bow for hunting is the compound bow, due to the strength it can provide.

Recently Bowfishing has become more and more popular, this is the art of catching fish with a bow and arrow.

Archery has become more and more popular due to them being seen in popular mythology. I imagine a fair few people got into the art of archery because of the medieval era and wanting to fire a bow and arrow like Robin Hood.

There are also many Gods and other Deities that have been depicted with a bow and arrow, these include;

In the recent years there has been a surge in those interested in Archery because of modern TV programs. Series such as Arrow has encouraged more people to get into the art of archery.

The Actors of Arrow such as Stephen Amell have gone through regular archery lessons and it has been confirmed that all bows but one are real. I really enjoy watching the program and spotting some excellent bows being used, the most common being PSE Recurve. (source)

Programs such as that use a combination of different types of bows such as recurve and compound. The more exposure archery does get, the more popular it does become – which is an incredible thing for this great sport!

The Benefits of Archery

Archery is not only a great deal of fun, it also has a number of health benefits. These benefits include both physical and mental, I often find myself more relaxed after a good session at the targets. 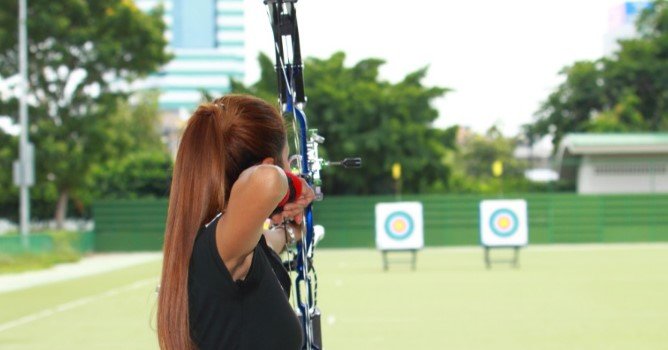 The most common benefits are;

When I was a beginner at archery, my arms would feel very tired. There is a lot of torque/resistance when pulling the bow string back, which can help to increase strength in the arms, shoulders and upper back.

Funny enough but drawing the bow can actually result in your body burning a decent amount of calories, aiding in weight loss.

You can often improve your hand eye co-ordination by continuing to practice good archery form. Standing correctly, to shooting the arrow with the correct form.

Many people love archery because of its benefits to stress levels. When you are focusing on getting the shot right there is nothing but your bow and the target, helping to relax you from the day to day stresses of life.

Have you ever tried to focus on something specific and struggled? Archery will help you! Like relaxation, you need to focus on the target and your technique. Over time you will learn to block out distractions, this skill can then be used in your day to day life.

There are thousands of Archery clubs around the world. By joining one of these you will be able to shoot with like minded people and potentially create some really good friendships.

There are two options for you if you are a beginner to archery and want to get started. There are many clubs where you can join and go through a beginners course, this will help you get the basics down and help you see if Archery is a sport for you or not.

Once you know that Archery is for you (and why wouldn’t you!) you are going to need your own equipment, I have reviewed some of the most popular archer equipment from bows, sights and even arrows to help you find the most suitable for you.

Do I Have To Join A Club?

If you don’t have any clubs local to you or you would prefer to teach yourself, you don’t need to join a club. It is completely legal to be able to fire a bow and arrow in your own garden (laws many vary country to country)

It can be confusing on what to do to get started, the first thing you are going to need is a bow…I would personally recommend a recurve bow to get started.

I have written a lot of beginner guides to archery to help you teach yourself archery. These include teaching you the different types of bows, good form such as stance, how to shoot a bow and also which are the best beginner bows.

If you do have any questions or comments, please do feel free to contact me here