For some people, the most fun they can have with water is swimming, and they consider it the only water activity that exists, but that’s far from reality. You can play tons of water games, from the “fill a bucket” challenge to all kinds of water slide games.

Fortunately, most of these activities are exciting, easy to set up, and easy to play. You can also bend the rules to suit the way your kids want to play the games.

But with so many water activities available, it can be tricky knowing which one to choose. In this article, I’ll introduce you to five must-play water games that your kids should try during their next outing.

5 Outdoor Water Activities Everyone Should Try as Kids

Imagine your kids being able to act out their favorite action movie! Of course, not with real guns but with water guns. Water gun games are an excellent way to get kids to have fun.

One of the famous water gun games kids love to play is hide and seek. Two teams play the game: the hiding team and the seeking team. In this game, the only team with the water pistols is the seeking team. 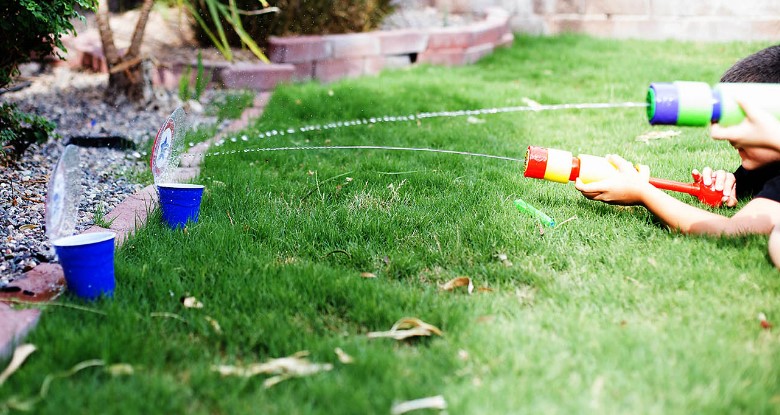 When they do, the game restarts, and the team members switch roles. The game can go on forever. It’s a competitive game and often leads to lots of laughter. You can make it even more exciting by setting a time limit for the seek team.

Keep your kids soaked and laughing for hours with water balloon games. Kids enjoy bursting balloons, but if they’re filled with water, the experience is even more thrilling. Your kids can have loads of fun playing a variety of games with water-filled balloons. 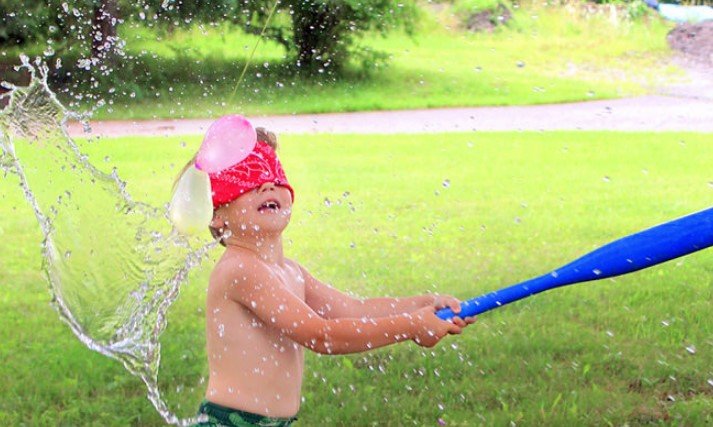 One of the games you can play is the Water Balloon Pinata. In this game, a line of water-filled balloons is hung down from a pole. Kids are blindfolded and handed a piercing tool for bursting the balloons. In a given time, the kid who can find and burst the most balloons is coined as the winner.

Also, if you’re looking to have high-tempo fun, you can play a water balloon game like Grab and Smash. In this one, each opponent fills out their basket with many water balloons. And, just as the name implies, they grab and smash each other with the water balloons.

This outdoor water game builds team spirit amongst kids. All you need are teams of two, four buckets, and cups. Fill two of the buckets with water and leave the others empty.

Place the water-filled buckets at one end of the playing field and the other buckets at the opposite end. Have one competing member of each team stand behind the filled bucket.

Now, the rules are simple. Members behind the filled bucket fill the cups with water in a bucket. The other team members are responsible for emptying the cups into the empty bucket at the opposite end within a specified time.

Once the time is up, the team with the highest water level is declared the winner. You can make the game more challenging and fun by making them transport the cups on their heads without touching them with their hands.

Usually, sprinklers are used in water gardens, but you can make the activity more exciting with a game. For example, they can run after each other or engage in a more organized game like Freeze or Tug of War.

With Freeze, one of the kids has to stand aside and regulate the game. The rest of the kids run around the sprinkler while it’s turned off. Then, when the one regulating the game shouts “freeze,” everyone has to stop running and remain still.

Now, the sprinkler is turned on and whoever moves is out of the game. As a tip, the game is more fun when the water is cold!

Another equally fun sprinkler game is Tug of War. In this one, two teams play the game. They stand opposite each other across the sprinkler, and the idea is to get the opponent wet by tugging them closer to the sprinkler.

Generally, sprinkler games are a more fun way to cool off during summer.

The last on the list is water slide games. First, set up your inflatable slide, and after that, turn on your sprinkler or water hose to get the slide wet. Next, your kids can take turns sloping down the slide. 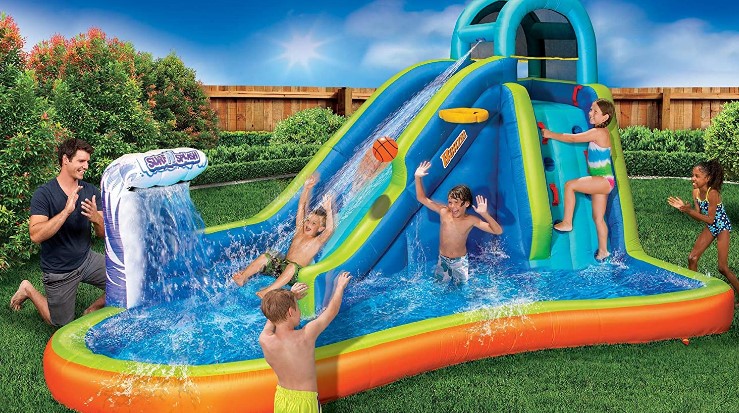 There are several activities you can engage in with these slides, one of which is slide and throw. You’ll need just balls and baskets for this game. The rule is straightforward. You’d have to aim and throw these balls into the baskets while sloping down the slides. The kid with the most balls in the basket wins.

Make the game more challenging by smearing soap or shampoo on the slide to make it slippery. You can get a slide from eBay or Amazon. Alternatively, you contract someone to do it for you or do it yourself.

Age is no barrier to playing these outdoor water activities. Whether you’re old or young, you can still have fun and cool off.

So, the next time the family goes out for a camp, it’s your kid’s birthday, or you’re just finding a way to cool off, try these outdoor water activities and enjoy them as much as your kids will.