Children seem to fall quite frequently. So, before you start to panic, know that your child will inevitably fall, even if you’ve taken all the necessary precautions. Generally, it’s nothing to worry about, but it’s important to ask a few questions.

For example, why is falling essential to childhood experiences? How can we prevent serious falls? Carry on reading the article to find out.

Why Do Children Fall a Lot?

Whenever you have a child around the house or a bunch of children in the playground, it feels like half of what they do is fall. Here are the main reasons why they fall frequently: 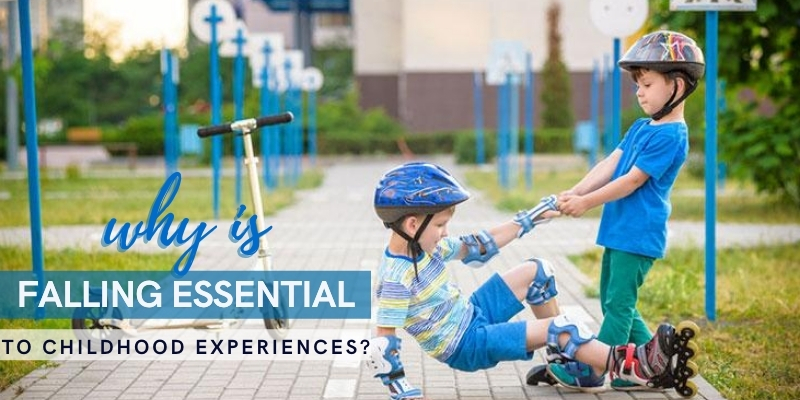 Children are like a Pokémon that hasn’t reached its final form. Their brain is still developing, and their perception of distances and other factors that control how they move or stop isn’t accurate yet. So, it’s perfectly normal for them not to see that tiny step in your house and fall.

At the same time, children develop rapidly. So, you could assume that they can’t climb a chair because they haven’t done it before, and then they’d surprise you by doing just that. However, since they’re new to this, kids could fall because they haven’t learned how to balance themselves on that new surface yet.

2. They’re Curious About Everything

Human beings are at their most curious stage during childhood; they’re fascinated by everything they see. So, they want to reach everything and touch it. Unfortunately, this curiosity draws them like moths to a flame and distracts them from the environment around them. 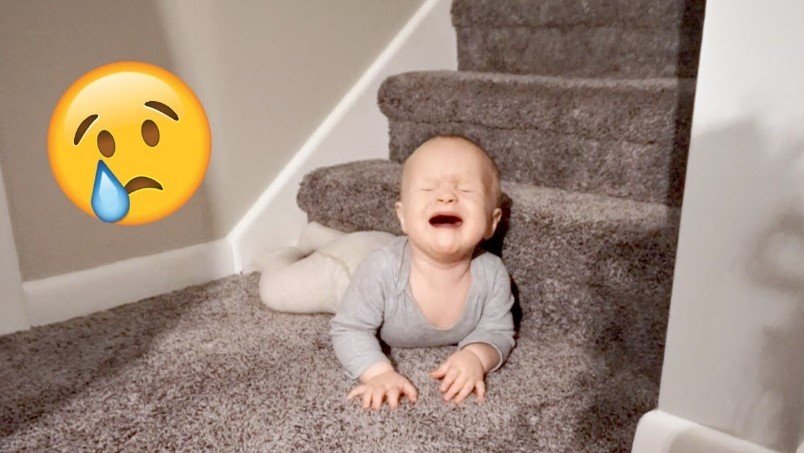 For example, your child may be by the door and see shopping bags on the floor towards the end of the room. Once they spot them, they might immediately run to them without noticing the unsecured rug on the floor between them and the bag. So, they end up slipping and falling.

3. Their Risk-Taking Increases as They Grow

The risks increase as children grow because they’re getting bolder and becoming more likely to take risks.

When you think about it, there isn’t much that an infant can do. That’s until they start crawling and bumping into things because they’re still learning.

Then, they become toddlers and get even more active and adventurous. Before you notice it, they’re climbing furniture and slipping on mats. And once they become older, they get wiser but more independent, so they’ll still fall off objects, such as bunk beds, bikes, trampolines, slides, skateboards, and so much more.

4. Hazardous Environments and Lack of Supervision

Hazardous environments refer to any location that isn’t meant for children or isn’t child-proofed. And there are many steps that every caregiver should take to ensure that their house has a reduced risk of child accidents. Of course, the same thing should be done in places where children go, such as schools, nurseries, and so on.

In addition, leaving children alone without supervision is disastrous, especially if they’re too young. When there’s no adult to help them stay out of trouble, chances are they’ll find trouble themselves, which leads to more frequent falls.

How Often Is Falling Serious for Children?

Children fall a lot, but there’s usually no severe injury. Mainly, they’re left with tiny cuts, mild bumps, and bruises that end up fading with an ice pack. So, don’t beat yourself up every time your child falls. 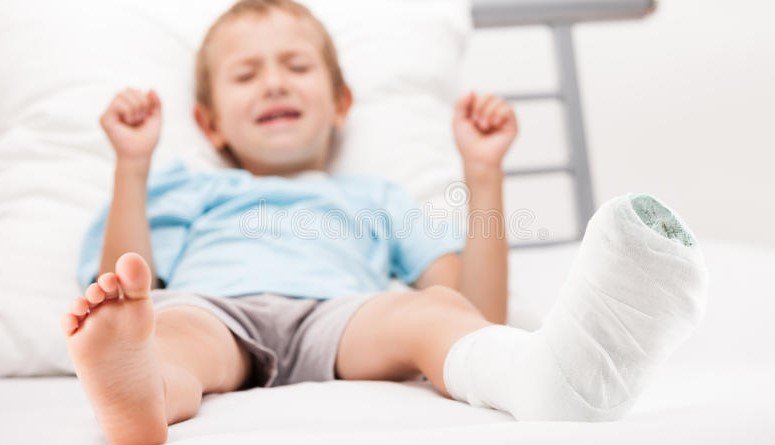 According to the Centers for Disease Control and Prevention (CDC), around 8,000 children are treated for fall-related injuries in the ER every day in the US, amounting to 2.8 million children per year.

If you’re wondering: “can a child survive a fall?”, of course, they can. Children are developing, but they’re stronger than people think, or else humanity wouldn’t have survived for so long. To back this up, a 10-year study reports that 100% of children who fell three stories or less survived.

However, it’s infrequent for children to go through such a situation in the first place. Most children fall inside the house, in a playground, or at school in very predictable circumstances. Therefore, while taking the appropriate measures to protect your child is necessary, specific scenarios aren’t that common, so don’t worry too much about them.

How to Prevent Serious Falls

Needless to say, don’t place your infant on a surface from which they can roll over and fall. Always use your hand or a safety strap to secure them in place. And don’t use baby walkers, either. Also, when they’re in a pusher, always keep the safety harness on. 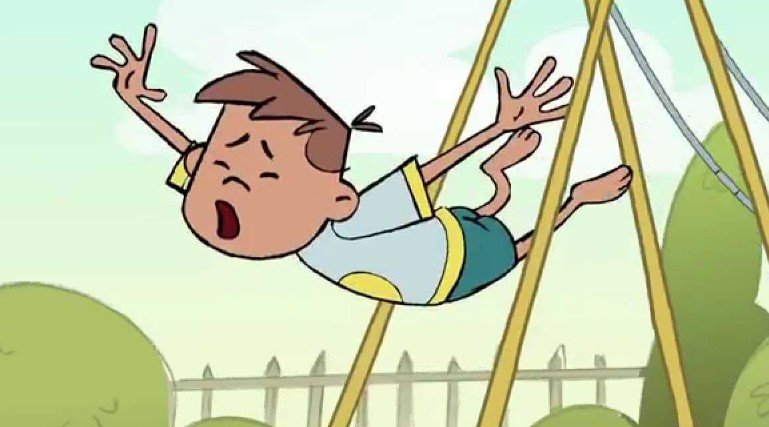 Furthermore, remove all hazardous objects out of your toddler’s way. For example, remove rugs and electrical cords. More importantly, pad all sharp corners. And safety gates are a must if you have stairs inside the house.

Moreover, children under 9 shouldn’t have bunk beds. In addition, you should close all windows if you’re in a multi-story building with a child. And hide away any sharp objects in locked drawers. Finally, make it clear to kids that they aren’t allowed to touch anything dangerous.

As you can see, falling is just a part of childhood that you don’t have to fret over. It happens for different reasons, and most of the time, it isn’t severe. When you think about it, falling helps children develop, learn, and avoid repeating mistakes that could hurt them.

Ultimately, the main causes for children falling are that they still haven’t fully developed, they’re more likely to explore, their rapid growth makes them a bit too bold sometimes, and the environment in which they’re in is hazardous and unsuitable for children.